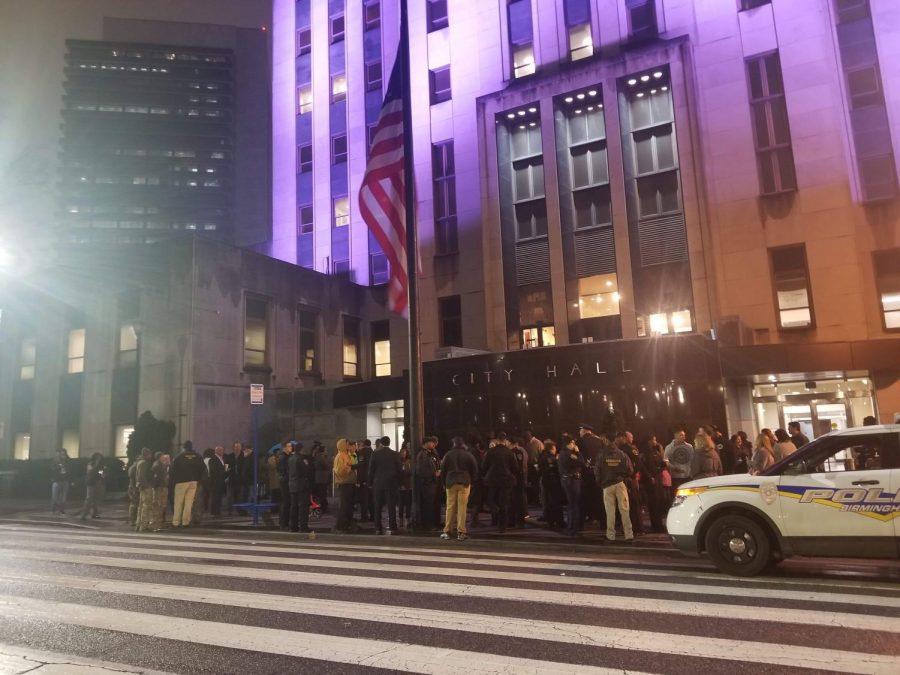 Mobile Police Officer Sean Tuder was doing some follow-up work on an investigation and gunned down Jan. 20 at the Peach Place Inn in West Mobile, according to al.com.

Tuder joined the Mobile Police Department March 2016 and was named Officer of the Month August 2017.

Marco Perez, 19, is charged with Capital Murder and could potentially face the death penalty if convicted, according to al.com.

While murder suspects are sometimes granted bond, Perez is wanted on federal gun charges and is a suspect in 18 car break ins. Perez and his mother are also both being charged for allegedly attempting to fake his kidnapping in order to avoid being arrested on an outstanding warrant.

Perez was wanted by Mobile police for property theft and for allegedly filing a false police report, according to Fox 10. The 19-year-old also reportedly was sought by federal authorities for probation revocation.

Tuder was with the police department for less than five years, and “was really just getting into that part of his career where he started having a really major impact on not just the people in the community, but the men and women who work here in this department,” said Lawrence Bastille, police chief of the Mobile police department.

Sergent Wytasha Carter died in the line of duty at the 900 block of Fifth Avenue North outside the 4 Seasons Bar & Grill in downtown Birmingham. Another officer was critically wounded in the shooting.

The death of the Birmingham police sergeant marked the sixth of eight law enforcement fatalities in the United States since the start of 2019.

Carter is the 52nd Birmingham police officer killed in the line of duty, according to al.com. Robert Bennett, Harley Chisholm and Carlos Owens died June 17, 2004 after being gunned down and ambushed outside an Ensley drug house. This is the last time an officer was killed.

The officers were working a special detail dealing with a string of car break-ins in that area, according to al.com. An undercover officer spotted at least two suspects who appeared to be attempting to break into vehicles. The officer called for backup and the sergeant arrived.

The officer and the sergeant approached two suspects.

“The officers approached one suspect and patted him down where they found what they believed to be a weapon,’’ said Patrick Smith, Birmingham police chief. “They asked him about it, he armed himself and fired upon our officers.”

The second officer remains critical at UAB Hospital. One suspect was taken into custody and another was shot.

“What I can tell you is it appears our officers were unable to respond,’’ Smith said. “They were taken completely by surprise. We can’t go into great detail because we are still in the infancy stage of the investigation. Both of them were shot in very critical areas.”

The hospitalized suspect is 31-years-old. The second suspect is 18. Smith said he did not know when formal charges could be brought against the pair.

Natalie Corona, a David, CA police officer, 22, responded to a triple-car crash Jan. 10, when she was gunned down on a bicycle in what officials described as an “ambush,” according to al.com.

“This is one of the roughest hours of your career.’’ Smith said. “There’s not a chief, not an officer that ever wants to have to deal with this. This is a very very difficult thing for the family, and for the department.”

“As this investigation continues, I ask that everyone pause and reflect on how our Birmingham police officers go out everyday to protect our community,’’ Woodfin said. “We also remain in prayer for the second officer who was shot along with Sgt. Carter. He is currently in critical condition.”

Carter served in the United States Air Force. He is survived by his wife and children.