“Hey, Stranger” emphasizes idea that everyone has a story 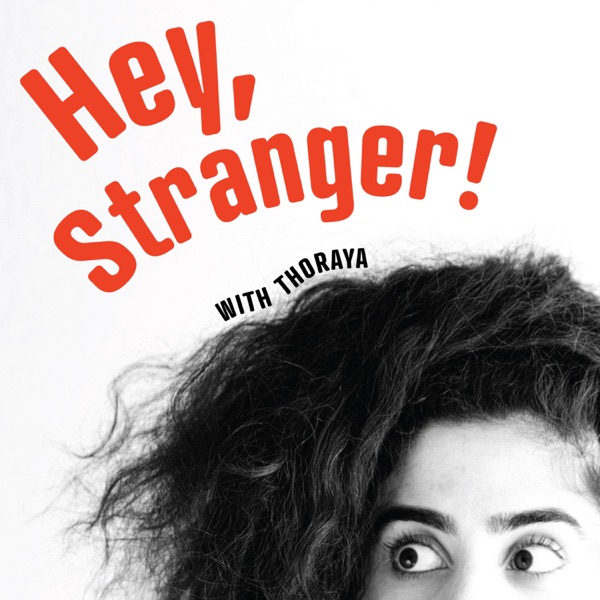 Thoraya Maronesy, a growing YouTuber from San Diego, answers both of these questions in her new podcast, “Hey, Stranger!”

“Hey, Stranger!” made its debut on streaming platforms on Jan. 1 with a trailer, where Maronesy introduced listeners to her topic and since then, has released 12 more episodes.

In the podcast, Maronesy sets the scene.

Across from her, on the busy sidewalk, is an empty chair. Every week, she will be inviting people, one by one, with different backgrounds and walks of life to share their secrets, to face their fears and share their lives. Their only criteria? They have to be a complete stranger.

These strangers are asked to fill this seat until they no longer fit the criteria, and get to leave a “reflection of all of us.”

“Hey, Stranger!” touches ground on a variety of topics – a soldier’s post-traumatic stress disorder (PTSD), a daughter’s fear of rejection, a man’s near death experience and borrowed heart, a person’s gender transition, a women’s struggle with OCD. For those who may not live in her area, she even has an episode where she allows strangers to dial in to her voicemail inbox and share their deepest secrets.

Maronesy reintroduces to her listeners to the idea that everyone has a story to tell, this idea that if we look really hard … sometimes, we realize that we aren’t quite alone as we thought we were.

Maronesy also brings forth this mindset that when you really need to talk, to vent, to expose yourself to someone, sometimes it is easier to do it with someone you do not know.

“Hey, Stranger!” invites her strangers to step outside of their cage of a mind and to release the breath they did not know they were holding. And ultimately, Maronesy becomes that interaction they did not realize they needed, that “friend” they needed to talk to without the fear of judgement. By the end of the podcast, these not-so strangers leave with tears in their eyes and some perception.

I had stumbled across this podcast one day on my lunch break at work, and found myself suddenly invested in the lives of strangers. It made me curious about the people around me. It made me wonder what inner battle they were going through, what secrets they were withholding.

How many people were waiting for someone in their community to sit a chair down and listen to them – not for publicity or not for clout, but for the sake of checking up on others? Essentially, this was what “Hey, Stranger!” was doing … empathizing with people.

While I believe that the podcast in itself is raw and heartfelt,  the best part of “Hey, Stranger!” is Maronesy’s patience with her strangers.

Most of the time, these strangers have been put on the spot and have no idea how to respond, or are hesitant to share. Maronesy is understanding. Her tone and demeanor, as seen on her YouTuber channel, makes these strangers comfortable enough to feel, to hurt, to cry, to be human. Yes, I said it. To be human. These strangers get to take off their mask society has crafted for them, which demands they have to hold everything in order to be “strong.” They get to be human.