“Little Women” has a lot of charm 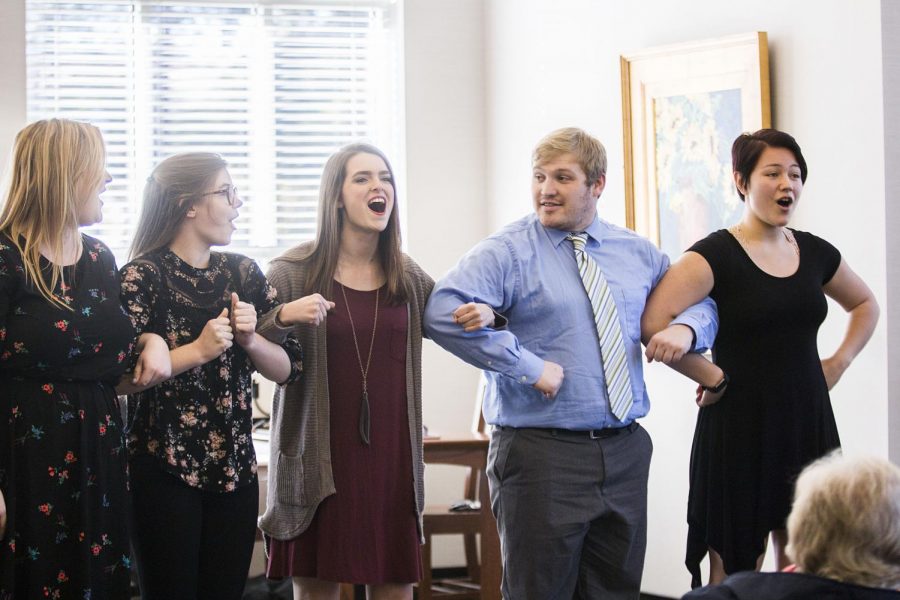 UNA Opera/Musical Theatre students perform a scene from "Little Women" during a preview at the Florence-Lauderdale Public Library. The show will take place one more night on Nov. 19 at the George S. Lindsey Theatre.

Having never seen the Broadway musical or read the 1869 novel, I went into “Little Women” blind. After it was over, however, I could see its appeal.

The story centers on Jo, an aspiring writer who, along with her three sisters, Meg, Beth and Amy, mature into young women under the care of their mother, Marmee, while their father is off fighting in the U.S. Civil War.

Being a fan of long stories that progress through a period of time, such as “Forrest Gump” and “The Green Mile,” the play seemed to have my kind of storytelling.

However, in condensing the story into a two-and-a-half-hour play, the story has to keep moving along. Since the only element changing with the actors over time is their clothes, I felt like I would be lost if they did not explain when time had passed.

While this is not a huge problem, one element in particular felt rushed to me: the maturity of Laurie, who loves Jo at first but eventually accepts that she does not feel the same. I understand the story had to focus on the sisters and he was a supporting character, but it seemed the play could have explored the unrequited romance a little more.

Despite this, the show delivers arguably the most important element of any play is the characters, and this show delivers in that department. Even though Jo was a good protagonist, I found myself amazed at the lineup of characters she comes in contact with, particularly Amy, Marmee, Mr. Laurence and Mr. Brooke.

Another important part of this show is the music, which, once again, the show accomplishes well. Even though the live orchestra sometimes went louder than the singing, it still perfectly matched the songs.

The songs used for Marmee, Mr. Brooke, Professor Baehr and Mr. Laurence were my personal favorites.

Finally, the play has emotion, which, although not enough to make me cry, left me caring about the characters after the play was over, which says a lot about the impact.

Because of the show’s double casting for certain characters, the audience who attends the second showing on Nov. 19 will see different actresses in the lead roles. However, they should not worry, as I have faith UNA Opera/Musical Theatre has another stellar lineup ready to professionally tackle their roles and leave the theater in applause.

For tickets to the final showing at the George S. Lindsey Theatre on the 19th, visit una.edu/music.