Journey back to the first homecoming 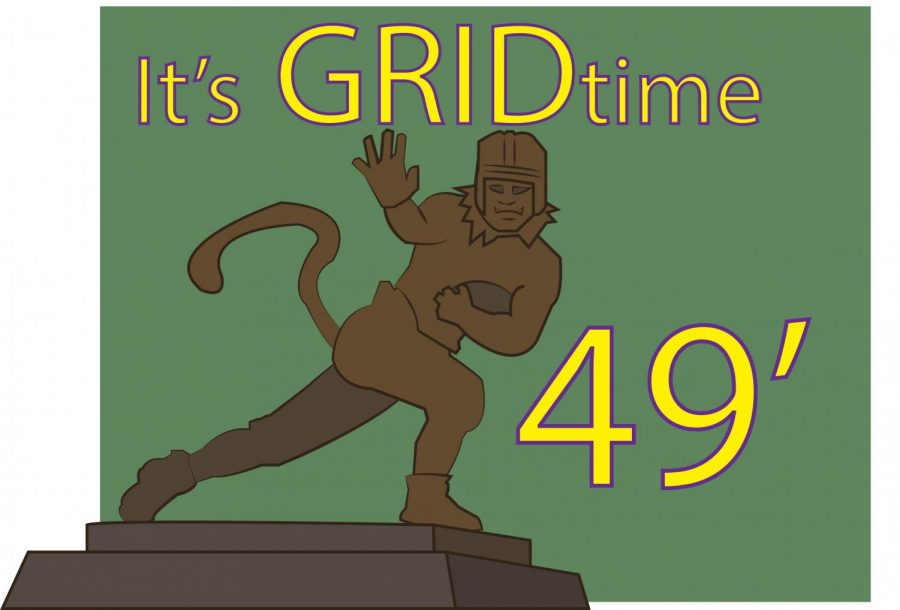 A UNA Lion prepares for the first Homecoming. The theme was "It's Grid Time '49."

While students may already be reeling over this year’s homecoming celebration, if they want to see the event in a new light, they might look back at UNA’s first homecoming.

Held Nov. 19, 1949, UNA (then known as Florence State Teachers College) created the slogan “It’s Grid Time in ‘49” to celebrate the return of their football program after dropping it in 1928.

Both The Flor-Ala (which, for the first time, had color on its front page) and The Florence Times publicized homecoming as an event not to miss.

Before the Saturday event kicked off, the college’s Rehearsal Club performed the comedy “Dear Ruth,” the first production of the school year, in Kilby Auditorium

The next day, the event commenced through registration in the lobby of Bibb Graves Hall and a campus tour.

Meanwhile, the judging of the campus building decorating contest took place. The winners were residents of Keller Hall (then a dormitory), who decorated the entrance with a large lion head.

After this, 700 guests came together in the informal open house in Rogers Hall.

Following this was a parade, which formed in front of Rogers Hall before marching down Court Street.

The event, which set the record for the longest parade in the Tri-Cities, included floats and cars from every major on-campus student organization.

A large barbecue occupied the grounds in front of Kilby Training School, which had an attendance of more than 1,500 people.

Guests then gathered at the Memorial Amphitheatre for a welcome program, pep rally and college band concert.

It was here that then President E.B. Norton announced the homecoming event was to become an annual celebration.

After this, the Florence Lions football team faced off against the University of Tennessee Junior Vols. The Lions were victorious in a 53-0 defeat.

The campus showed such support for their team that, following the Lions’ first touchdown, students released 1,000 balloons into the sky. During halftime came the presentation of the Homecoming Queen, Margaret Eubank of Athens, as well as a show featuring the college band, R.O.T.C. Honor Guard and the Sheffield High School band.

After the game, students and alumni participated in an informal dance in the gymnasium, listening to the sounds of the college orchestra, The Starlighters.

The final dance ended that evening and brought a close to what would become known as UNA’s first homecoming.