UNA bounces back against Miles 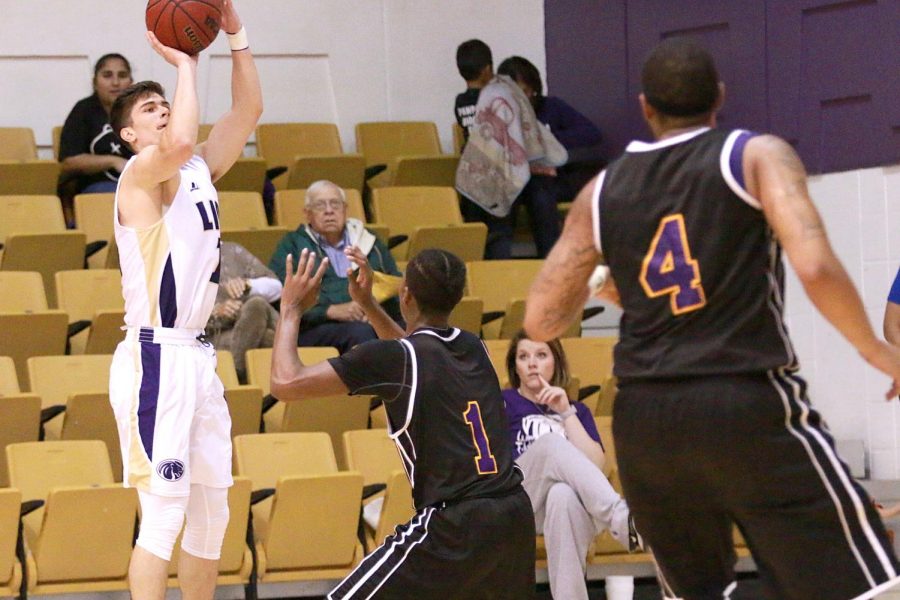 Sophomore forward Dakota Holtzclaw attempts a three point field-goal in North Alabama's home game against Miles Nov. 29. UNA got back in the win column with their 86-74 victory over the Golden Bears.

Coming off an 82-77 home loss to Lane, the North Alabama men’s basketball team bounced back with an 86-74 win against Miles Nov. 29 at Flowers Hall.

“Miles is a really good team,” said Lions head coach Bobby Champagne. “They have wins over West Georgia and Montevallo. I thought Sharwyn McGee’s defensive rebounding was key, and I thought Dimario Jackson’s (scoring) was key.”

Jackson led the team in scoring with 24 points, including 3-5 in three point field-goals. McGee had a team-leading 13 rebounds and was one point short of having a double-double.

The Lions improved their free-throw percentage to 75 percent. A stark contrast  from the game against Lane which saw UNA struggle shooting free-throws, shooting 51.9 percent.

“It feels good to bounce back and get a win, especially coming off a game we gave away,” Jackson said. “(Miles) came in last year and beat us, so we really wanted to come in and get a win, and avoid a losing streak.”

Senior forward Austin Timms and junior guard Jeff Hodge Jr. each added 13 points for the Lions, tied for second most on the team.

UNA had 10 total players see action during the game, with nine of them grabbing at least three rebounds, contributing to a 47-65 rebound advantage.

Hodge also was the team’s leader in assists with five.