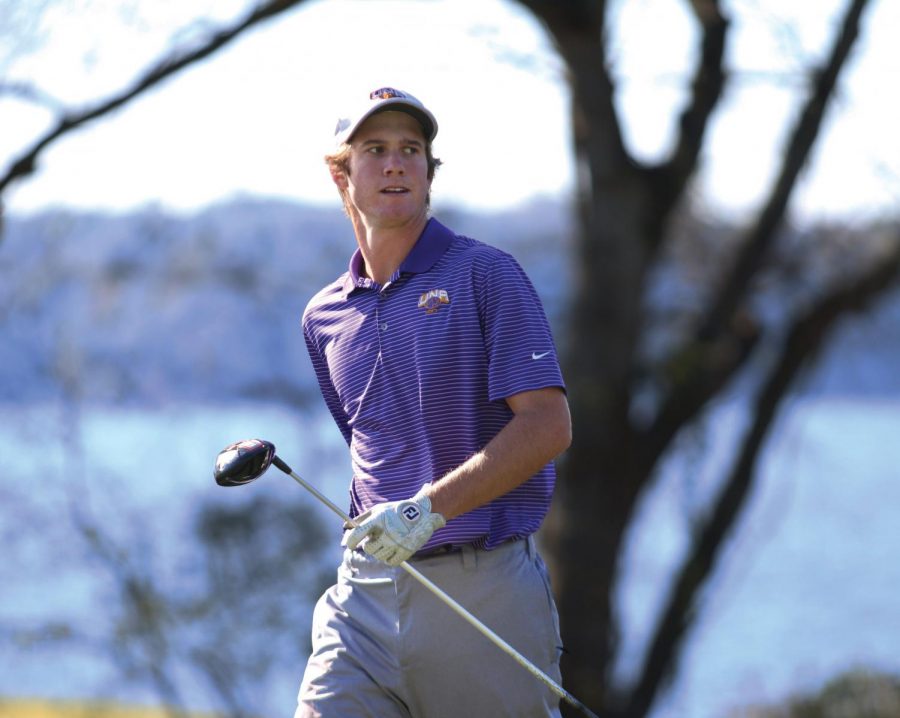 Opening day proved to be one of the toughest of the season for the No. 14 UNA golf team, as they opened the tournament 21 strokes over par for a 309 total.

Senior golfer Michael Peter said the conditions were tough, but a lack of focus was the reason for the poor start.

“We have to stay focused and not throw in the towel too soon,” he said. “(We) just needed to grind throughout the entire round.”

The Lions capitalized on better conditions in Day Two and began to move up the leaderboard thanks to some improved play. Junior Forrest Knight led the way for UNA, shooting four under par 68, which was tied for the lowest score of the day.

“We just relaxed a little more,” Knight said. “We just had to eliminate the big numbers.”

“(Medley) was knocking down flags and was really in the zone,” he said. “He really had a chance to shoot 29 on the back nine, but any time you can shoot 66 on that course is really good.”

After falling as low as eighth place after Day One, the Lions fought back and finished third of the team competition. Vaughn says he is proud of the way his team battled back, but the key to success in the upcoming regionals will be starting stronger.

“We have to get off to a better start,” he said. “We can’t dig ourselves in a hole. You can’t win the tournament on the first day, but you can sure lose it.”

UNA will compete in the NCAA regional tournament for the 11th consecutive year May 2-4 in Howey-in-the-Hills, Florida, at the Mission Inn Resort.

The Lions are one of 10 teams which will compete in the South Regional, as West Florida, Lee and West Georgia join them from the GSC. This will be the 11th straight year UNA has made the NCAA Division II Men’s Golf Championship from the South Region.

Knight says the team is working hard to improve their chipping and putting heading into the regional tournament.