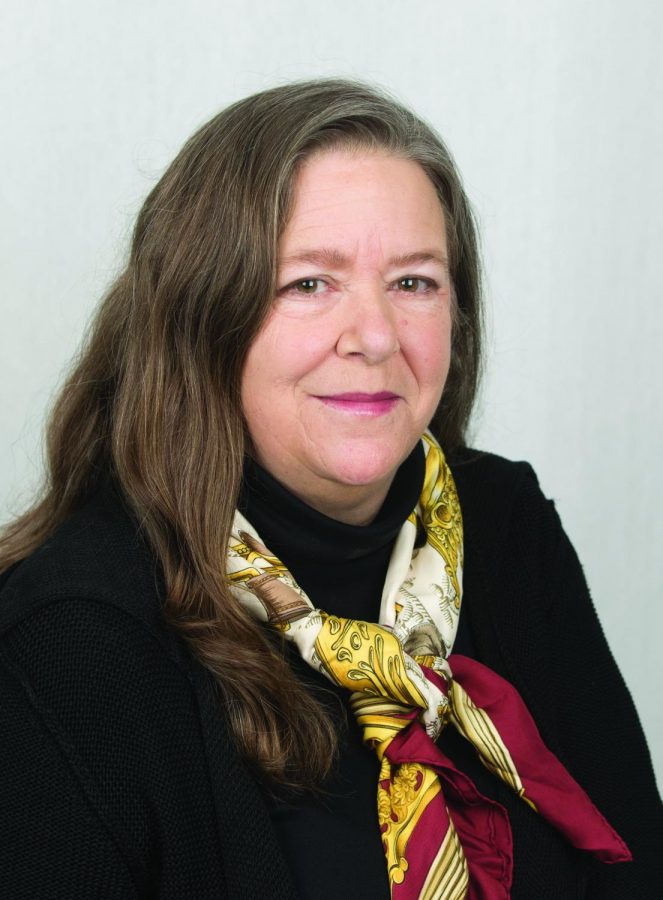 Officials with the Institute of International Education recently selected Professor of Art History Lisa Kirch for a Fulbright Award to Germany. While there, she will research a written inventory of objects from a palace study in southern Germany.

Professor of Art History Lisa Kirch has had interests in art and art history all her life.

“I grew up in South America with a dad who was a history buff,” she said.

She went through phases during her childhood when she wanted to be an archaeologist and a paleontologist, she said.

“I decided to be an art historian,” Kirch said. “I work with archival stuff. I look at old documents from the 15th and 16th centuries. I’m interested in what kinds of art and other objects people had in their homes.”

This love of art history and ancient documents has earned her a spot in the elite Fulbright Scholar Program.

The Core Fulbright U.S. Scholar Program sends approximately 800 American scholars and professionals per year to nearly 130 countries, where they lecture and conduct research in a variety of academic and professional fields, according to their website.

Officials with the Institute of International Education recently contacted Kirch to inform her they had selected her for a Fulbright Award to Germany, according to a University Communications press release. She will travel to Germany in January 2017.

This is an amazing opportunity for Kirch and the university, said junior Emily Jones.

“To have a professor be awarded this experience and be able to bring back that experience to share with us is a wonderful achievement for our university,” she said.

Kirch said she is co-organizing a conference in Germany that brings together art historians, historians of architecture, historians of science and people from different fields.

“We’re going to be talking about the types of objects people collected in the 16th century,” she said.

They would have these items in their studies, she said. This particular study was in a palace in a small town in southern Germany.

The historians will research a written inventory of the study’s contents and ultimately publish an edition of this inventory, she said.

Kirch said she translates the texts, written in an old German dialect, into the current German language as well as English.

This type of work is important, Kirch said. It provides these texts to a wider audience.

“Lisa is a marvelous teacher who is even more at home in the archives and in the galleries of Germany,” said Kirch’s friend and Associate Professor of English Robert Koch. “I have not seen a more deserving person for that particular award.”

Koch said he never had any doubt Kirch would win the Fulbright Award when she applied for it.

“(Kirch) is an amazing teacher who should be recognized for just how committed she is to the well-being of her students,” he said.

Jones said her favorite memory of Kirch is the discussion her Art Survey class had about Greek and Roman architecture.

“She told us how she was annoyed by the fact that the UNA (Memorial) Amphitheater is not an amphitheater at all,” she said. “Everyone laughed at the humor of it.”

Koch said he began working with Kirch when he was the director for the Center for Writing Excellence.

“(Kirch) is an amazing teacher who should be recognized for just how committed she is to the well-being of her students,” he said.

She is an excellent teacher, said junior Molly Odom, who credits Kirch with teaching her the differences in architectural style.

“I really like the fact that I can be driving through a city and see a historical building and (be able to) identify when it’s from and what style it is,” Odom said.

Koch said he first read some of Kirch’s work during a faculty writing research retreat.

It was a paper on a German prince, artifacts and coin collections, he said. This was something he knew nothing about.

“Her writing was this beautiful prose that was easy to follow even though the subject matter was very complicated,” he said. “She weaves a storyteller’s voice into her research.”

Kirch said it is difficult for her to be the center of attention.

“What really matters for me is the work and not me,” she said.