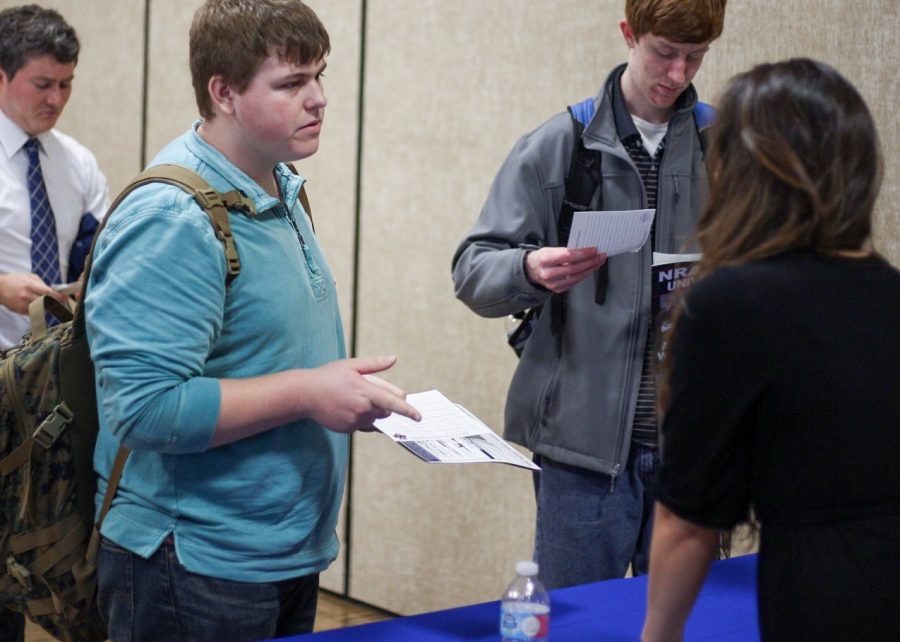 Students gathered in the Guillot University Center banquet hall to learn and ask questions about gun laws and legislation today at a College Republicans-hosted event.

“(We should) punish criminals, not law-abiding citizens,” Montague said.

She said the goal of the NRA is to increase education about gun safety and regulations and reduce gun-related crime.

About 20 students attended the event.

Freshman Justin Daniel said he supports Americans having their own guns but wants to learn more about what laws really say.

“I just wanted to get the truth and get the facts so I could have the full story,” Daniel said. “But I do think there needs to be policies in place to restrict (gun laws).”