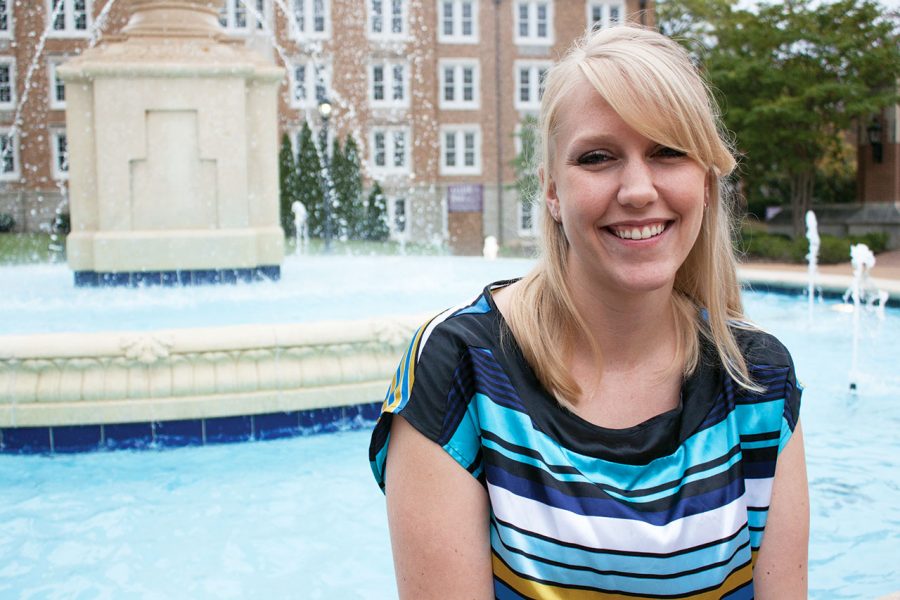 Social work major Amanda Chadwell carries on many roles. In addition to being a full-time student, she is a wife, a full-time supervisor at Target and the daughter of two addict parents. Most recently, she is also the first recipient of the Shoals India Endowed Scholarship.

Endowed scholarships begin with an initial capital fund of at least $25,000, which is then invested. The interest from the investment allows for endowed scholarships, such as the Shoals India Endowed Scholarship, to be awarded.

For students such as Chadwell, these scholarships provide opportunity.

Chadwell, who plans to use the scholarship to pay down debt from student loans, said that although the importance of education sunk in gradually, she first understood its value when she got her first job at age 14 in order to pay for school supplies and books.

“I found a sanctuary in school, and my education was my escape from my reality,” Chadwell said. “In school, I was a goodie two-shoes. I didn’t really go out.

Now striving for a degree in social work, Chadwell said she hopes her personal experience can help her work with victims of addicts.

“I think that everyone has the power within to do the things they dream for,” Chadwell said. “You can’t let the things out of your control stand in the way.”

“We were really pleased to see this vision becoming a reality,” Borah said, regarding the fund itself.

“It has been a collaborative effort on the part of many people, both within SISAA and the Shoals community, and the Lion Match program is really attractive to donors. The fact that students can use the money to complete their education and make a difference in their community is inspiring.”

Borah said the Shoals India Endowed Scholarships will hopefully be given each year and that the goal is for the base fund to reach $150,000 over the next five years.