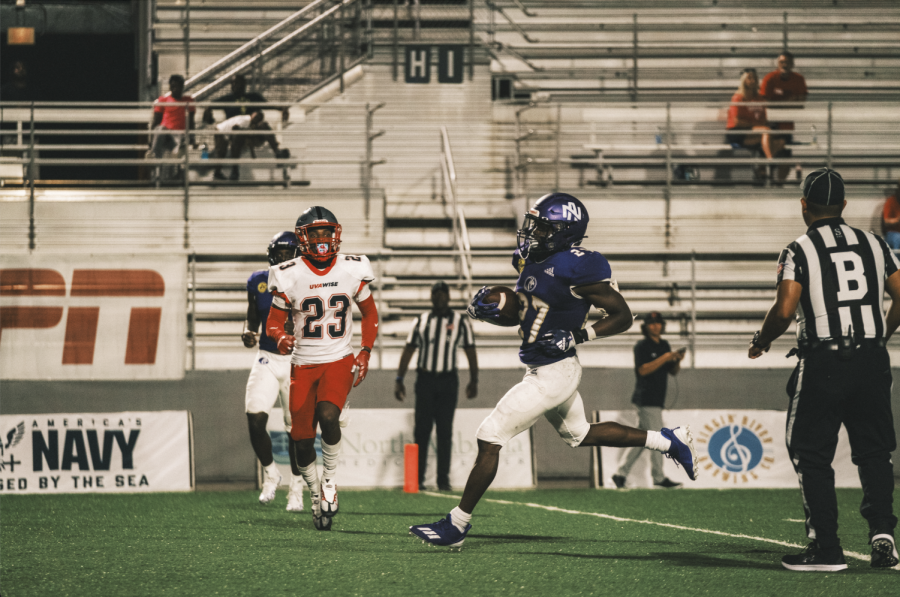 Sophomore running back ShunDerrick Powell scores a touchdown for the Lions, and breaks UNA record for most yards rushed in a game.

The first home football game for the University of North Alabama Lions left fans on the edge of their seats. The game started a little rocky. In the first quarter, the Lions trailed Virginia-Wise 0-14.

At the half, the Lions made adjustments. Just a few minutes into the third quarter, Powell ran 31 yards for another touchdown with Contorno tacking on the extra point. After Virginia-Wise’s possession, freshman wide receiver Demarcus Lacey rushed for a 1-yard touchdown followed by another extra point from Contorno which put the Lions at a lead of 35-17.

Powell broke the UNA record for most rushing yards scored in a game: he rushed for 251 yards. In doing so, he scored four touchdowns as well.

Fans are itching to see the Lions face their rival Jacksonville State University at the Trash Pandas Stadium on Oct. 15. Both teams will have offensive drives facing the first base dugout. Since Trash Pandas stadium is a baseball stadium, to make it even odder, all offensive plays go in the same direction. This is due to required safety protocols that the NCAA has put into play that the teams must follow.